You are here: Home / Archives for Celebrities 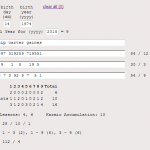 Chip and Joanna Gaines are a magnetic couple that came into popularity as a result of their HGTV show Fixer Upper. Their feats of accomplishment fill an ever popular media and social media blitz. Interstingly, their shared numbers are as magical and indicators of a relationship that has the right mix of combinations for a […] 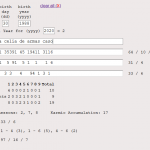 Ben Affleck and Ana de Armas form a Hollywood romance that has caught the attention of fandom and heated the hearts of the lonely and looking as they watch this relationship develop. There is something in the human heart that seems to long for lasting and true love, and perhaps this one has that potential. […]

Miramax co-founder and producer Harvey Weinstein has made the news recently in a major sex scandal involving an alleged long list of predatory and abusive sexual advances and actions with actresses and women in the industry. Miramax popularized bizarre behaviors, gratuitous violence and sex while pushing the limits of the motion picture and entertainment industry. […]

Anyone with an ounce of social awareness knows the name and recognizes the face of Oprah Winfrey. Her prodigious media, financial, social and philanthropic accomplishments are legend in her own time. This gifted and accomplished woman has been a social icon and fixture for several decades, although her social profile has lessened in recent years. […]

(Update) It was refreshing to see some of the changes this past season and that may have helped the declining audience ratings. The always pleasant Dereck (good job) Hough is a,well, pleasant replacement for “grumpy” Len. But we will miss him. Tom Bergeron is funny and good at what he does, but after several years […]

I recently read an article on MSN news page about Nicole Kidman discussing her previous marriage with Tom Cruise. She mentioned how happy she has been in her new marriage to Keith Urban. This prompted me to do the numbers. Lo and behold from a numerology point of view. WHAT A MATCH! Here are their […]

George Noory has become most noted as the host of the successful radio talk show Coast to Coast AM. He became the host after the originator, Art Bell, relinquished his position to the latter. Art Bell presented a heartfelt open and candid format of political and conspiratorial topics that later focused upon the paranormal, occult, […]

Although it has become more subdued at this time, the very public feuding and confrontations between Simon Cowell and Ryan Seacrest (order of presentation by age; maybe age before beauty, or something like that!) has captured the attention of the public for years. A numerological look at these two high profile entertainment industry personalities reveals […]